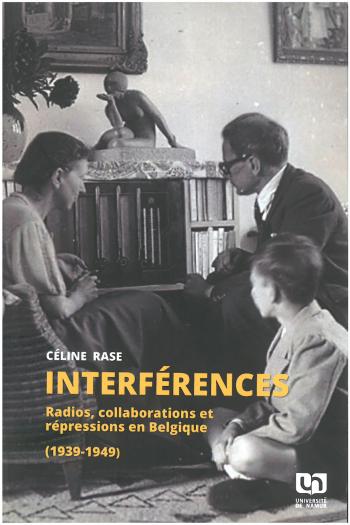 Conference-debate (in French) with Céline Rase (UNamur) as guest speaker.

A discussion led by Jean-Philippe Schreiber (ULB).
The end of the war is a time of reckoning. Everywhere in the country, those called traitors to the fatherland are hunted down. Among them are the collaborators of Radio Brussels, the station which broadcast German propaganda during the dark years. Two spectacular trials begin before the Military Courts to judge the notorious speakers and journalists. The others, columnists, actors, musicians, typists and other civil servants, involved in a more "ordinary" collaboration, which they often considered insignificant or inevitable, will pass before purge commissions set up within the liberated radio. Thus, like other administrations in the country, the Institut National de Radiodiffusion (INR) sanctions members of its staff who have not maintained a sufficient patriotic distance from the invader. The symbolic stakes of this vast operation of "ideological redemption" are such that the sanctions are severe: at the INR, no one skimps when it comes to making amends. But judgment is hasty, inconstant, and in the irregularity of the treatments reserved for similar cases, the obstacles and interferences of the changeover are revealed: not only are the agents of the repression confronted with unsuspected material, technical and legal difficulties, but moreover they cannot jeopardize the revival of a media that has just demonstrated all its power. It is through this narrative, which goes backwards from the sanction to the fault, that we invite you to immerse yourself in this detailed, almost "sonorous" history of a war on the airwaves that was so noisy that its (mythologized?) echo still resonates in our collective memory.
Guests : 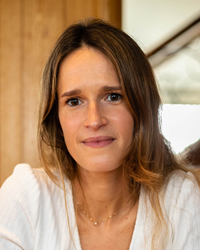 Céline Rase is a doctor of history at the University of Namur and holds a master's degree in journalism from UCLouvain. Interférences: Radios, collaborations et répressions en Belgique (1939-1949) is the publication resulting from her PhD thesis defended in 2015. It brings together two of her favorite subjects, the media and the history of the Second World War.
After four years spent in the Communication Department of the FNRS, she returned to the University of Namur where she is in charge of the course Questions d'histoire de l'époque contemporaine devoted to the theme of collaboration and post-war repression. In the framework of a post-doctorate, she is also leading a project of scientific valorization and popularization centered around the little-known figure of the biologist Hector Lebrun. This research project is associated with the realization of an exhibition and the production of podcasts that question the constant evolution of scientific knowledge, practices and positions. 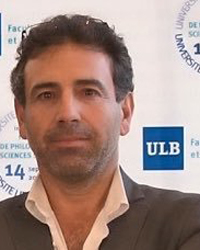 A graduate of the Université libre de Bruxelles and the École des hautes études en sciences sociales (Paris), with a doctorate in philosophy and literature (1993), Jean-Philippe Schreiber is a professor at the ULB where he teaches the history and law of religions.
Director of research at the Fonds national de la Recherche scientifique, he directed the Centre interdisciplinaire d'étude des religions et de laïcité from 2003 to 2007. His research and publications are devoted to the history of modern and contemporary Judaism, the history of immigration, anti-Masonicism, the relationship between memory and history, and Church/State relations.

Attention! Corona measures: a number of safety measures still apply in the CegeSoma building. For example, you must disinfect your hands when you arrive at CegeSoma and wear a mask in the building. In order to ensure appropriate distancing between participants, the number of seats in the conference room is also limited and registrations will therefore be closed once the maximum is reached. The room will be properly ventilated before and after the conference. We reserve the right to cancel this third Public History Meeting if health measures do not permit the holding of such a meeting on the announced date. Thank you for your cooperation and understanding!