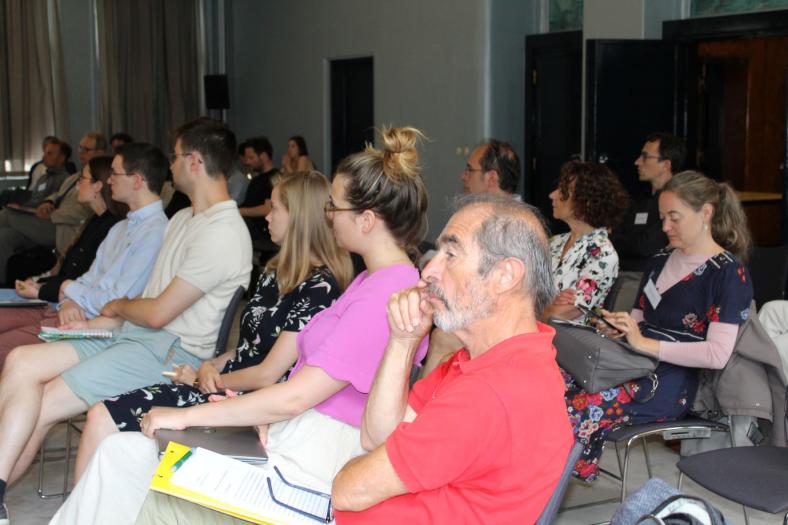 The three-day Brussels conference in CegeSoma ‘The Great(er) War of Military Occupations in Europe: Antecedents, Experiences and Legacies’ (24-26 June 2022) showed its potential through its bold speaker-selection and clever programme design. The organisers (Emmanuel Debruyne (UCL), Gwendal Piégais (Université de Bretagne occidentale) and Élise Rezsöhazy (UCL)) are to be applauded for their focus on some lesser-known cases of occupation in central, eastern and southern Europe, the high number of younger scholars presenting new results, the inclusion of cases after 1918, and a balanced set of thematic sessions.

As convener Emmanuel Debruyne pointed out in his opening talk, the study of the First World War (and the ‘wars after the war’) led to the gradual creation after 2000 of an international network of historians, in part around the Historial de la Grande Guerre of Péronne, and received a further boost during the centenary commemorative years (2014-18). This ‘Greater(er) War occupations’ conference in Brussels was therefore one further step in a longer continuum. The conference organisers were not aiming to devise any neat categorization for a model-based approach to occupation, but rather seeking to examine in depth different cases of occupation to find the cross-cutting points between them as part of an exercise in synchronic comparison.

Sophie De Schaepdrijver would later reiterate this sentiment in her concluding remarks. She stressed that those contributing to the conference were looking to analyse recurrent mechanisms in occupations – such as mechanisms of claims-making, logistics, or the strength of local government. In studying these mechanisms, one can accept the ‘messy contingencies’ of occupations as an added value rather than as a nuisance disrupting a general theoretical model. She added that a conceptual ‘toolbox’ is more useful for scholars studying occupations than a fit-all model.

The conference’s thematic sessions were designed around established topics (such as ‘notables’ or ‘experiences’) as well as newer themes picking up more recent historiographical concerns (such as ‘environment’, ‘ethnic engineering’ and ‘biopolitics’). These themes made the discussions cohere, while at the same time allowing for a fruitful spill-over and connection to other themes over several days. One of the strongest points of this conference was the focus on lesser-known occupation cases, often presented by younger scholars, such as the Italian as well as Austro-Hungarian occupations of Albania, the allied occupation of Macedonia, the German occupation of northern Ober Ost (Latvia), and the Russian occupation of Ottoman territories. To many senior scholars, occupations such as the case of the Italian occupation of Epirus analysed by Christopher Kinley were completely new, indicating the relevance of integrating non-published work in conferences such as this.

Perhaps one of the most frequently mentioned points throughout the conference was the overarching importance of the temporal perspectives and objectives of an occupier for any historical analysis: whether an occupation was explicitly meant to be temporary or if more permanent objectives were dominant (such as outright annexation, the creation or maintenance of a sphere of influence or conscious empire-building). Political scientist Gilad Ben-Nun and historian Reinhold Zilch both presented very different general typologies of occupations, though they were both largely based on this basic insight on the significance of the occupier’s perspective on the duration of an occupation. Ben-Nun for example, used the distinction between neighbouring military occupations (in adjacent territories) and remote military occupations, suggesting that the first type was more likely to work towards permanent conquest. He also made the point that for most of the twentieth century (1945-1967 excluded), occupations were mostly conquests under another name.

However, in-depth examination of historical cases opens up the many contradictory policies and dynamics that defy such typologies, certainly in the many fluid borderland regions of 1914. Certain cultural policies could be interpreted as intended to achieve permanent changes and long-term objectives but they could also be seen as propaganda designed to assist the war effort (‘the civilizing war’). Similarly, building roads and infrastructure in an occupied territory might seem to be a longer-term investment but could also serve the short-term needs of a war economy. The many brutal forms of ethnic engineering on the other hand – repressive identity politics (for instance in the field of language, education, and religion) and massive deportations of population groups – were clearly meant to create some permanent change whatever the exact future status of the territory. It seemed clear that different occupying military bodies and/or political actors simultaneously held opposing views and that occupation objectives were in constant flux as contexts changed. Occupation policies could also be highly dynamic and reactive, as occupiers were confronted with opponents who invoked, aroused, and exploited national or regional movements in the occupied territories (e.g. by making promises for future independence). This in turn provoked stronger, and sometimes improvised counter policies from the occupiers. The agency of the occupied should not be underestimated here as well, as stressed by Jan Naert in his paper on mayors in occupied Belgium and France, and echoed in a session conclusion by Tamara Scheer. Markus Pöhlmann remarked pointedly that ‘there was no German Schlieffen plan for the occupations’, meaning of course that armies were not trained to manage occupied territories. Most occupations during WWI happened rather unexpectedly and there was therefore by necessity considerable openness as to the final outcome. Having due regard for the dynamic nature of occupation perspectives should therefore prevent one from studying occupations in an ahistorical fashion, using retroactive categories. The long-term project for Italy, for example, was to become the dominant Mediterranean power after a future peace agreement, but the specific shape or form would have to depend on the unpredictable final fate of the Ottoman Empire. The Italian government itself could probably not have explained whether their occupation of Albania was meant to be a colony, a temporary safety buffer, a stepping stone towards some kind of mandate territory or preparation for full annexation: but then, as Vanda Wilcox pointed out, this very lack of definition and clear strategy was a characteristic feature of Italian imperialism. 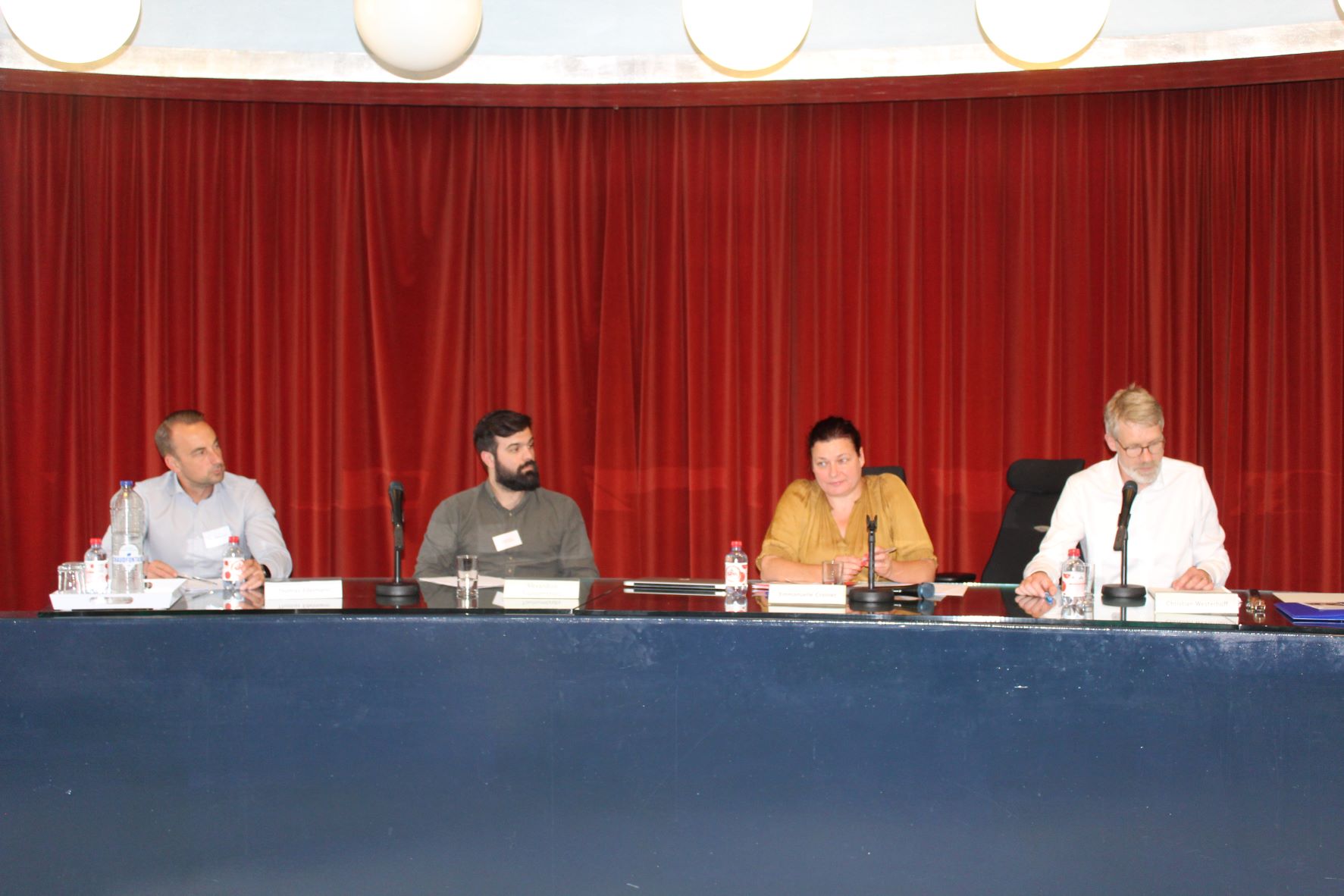 A second recurring theme was the importance of studying the financial economy of occupation, and how it impacted the political, military or geopolitical rationale. As (amongst others) Vanda Wilcox and Christian Westerhoff pointed out: an occupation during this Great(er) War could easily cost more than the benefits it delivered to the occupier and therefore be counterproductive from a military point of view. The Italian occupation of Albania drained funds as well as military personnel while yielding little extra value in terms of production, foodstuff or raw materials and the same can be said of the German occupation of Russian territory in 1917-1918. Simple logic would dictate that any occupation in wartime needs to create stable order before exploiting the territory for ‘resources’, but Marco Mondini added a third rationale that motivated some occupiers: to exact radical punishment of enemies so as to permanently ‘demodernize’ them. Here one encounters violence under occupation in its different manifestations – instrumental violence, functional military violence, vengeance, ideological violence, escalation processes etc. – and its use by different actors (foremost but not only the occupier). The financial and economic cost-benefit analysis of any occupation when correlated to the different objectives – and the appropriate methods for such an analysis – remains an essential question for the study of all cases of occupation.

In her concluding comments, Sophie De Schaepdrijver distinguished two main, non-mutually exclusive ways in which scholars approach the study of WWI occupations. The first is to study military occupations as a dimension of the Great (or Greater) War. The second is to study the military occupations of WWI Europe as an episode in imperial rule, a halfway house between ‘new imperialism’ and the mandate system. The first approach places occupied territories firmly in relation to the military front and the home front, as what she terms a ‘third space’ (for example in her earlier post on this blog on ‘The Great War’s Third Space’). The second approach views occupations mainly as ways in which imperial regimes try to extend their power, an approach which inevitably leads to a comparison with colonial rule. To paraphrase De Schaepdrijver: ‘we all do both, but we all tend to tilt towards one or the other’ (she herself clearly tilts towards occupations within the framework of war). In a sweeping overview she connected the dots between all sessions, adding several underdiscussed but nevertheless essential topics. These included for instance the extent of the state monopoly on legal violence under occupation; the relevance of Karma Nabulsi’s distinction between martial, Grotian or republican visions of war; and the theme of occupation and gender. I wholeheartedly agree with her final statement (which I paraphrase): ‘We can study occupations in WWI Europe as a whole and as a subject on its own, not just as a series of side-effects of war that were unrelated among themselves’.

As a specialist in Second, rather than First World War occupations, trying to understand the relevance of insights gained from the Great(er) War of Military Occupations for the study of the occupations of 1937-1951 (and to help provide a wider view on modern occupations more generally), I ended up with a three-level analytical framework. De Schaepdrijver’s remarks, calling for conscious heuristic awareness of one’s main entry point to the study of occupation (e.g. war or imperial rule) could provide the highest level. The middle level can then comprise empirical categorizations of occupations, as a toolbox to gather key characteristics of occupations to make them more understandable and, as a consequence, enable diachronic comparisons (e.g. the perspectives and objectives of the occupier, the financial economy of occupation, or the level and nature of violence). On the third and ‘lowest’ level, cross-cutting yet specific themes could help determine the practical selection of cases for further study. There are many possibilities of course, and one of my personal choices would be the theme of forced or coerced labour in its many different iterations in the first half of the twentieth century and beyond. Finally, this short review does not do this superb conference justice and I hope to see some of the results published in the near future.

Other news
A unique acquisition : the photographs of "Müller-Schönhausen"
13–14 December 2022: EHRI-PP General Partner Meeting at CegeSoma
Fourth and last edition of the RBHC 2022 published.
Best wishes !
Spirou in the torment of the Shoah
Launch of new calls for candidates for the EHRI-Conny Kristel scholarships - 2023
THREE QUESTIONS TO ... Léo Baudelet,
Belgium WWII – new content
News from the Wikibase Resistance project
Study Day on the Resistance at the State Archives in Liège
Take part in a scientific survey :
New issue of the JBH (2022-3)