One of the highlights for the EHRI Consortium is the General Partner Meeting, an annual or bi-annual gathering of representatives of all partner institutions involved in EHRI. People who mostly work remotely from countries all over the world, but who all share a special interest in Holocaust research, get together for face to face meetings in a single location. This time, over fifty people representing the institutions involved in the EHRI-PP project, including the State Archives-CegeSoma travelled to Prague, where EHRI partner, the Masaryk Institute and Archives of the Czech Academy of Sciences hosted the event at the venue of the Univerzita Karlova (Charles University), the Karolinum. The last time the EHRI-PP consortium met in person for a General Partner Meeting was in February 2020 in Munich, before the outbreak of the coronavirus pandemic, so this year’s meeting had a special shine to it. 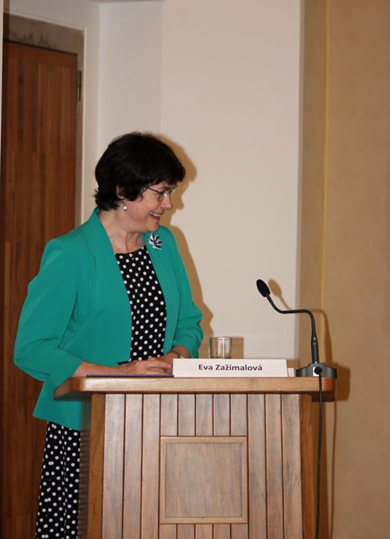 Despite the  joyous atmosphere created by meeting again in person, the event was overshadowed by concerns for the people working at the Center for Urban History of East Central Europe in Lviv, Ukraine, an EHRI-3 partner. After the opening of the General Partner Meeting by the Co-Director of EHRI, Reto Speck, and Prof. Eva Zažímalová, President of the Czech Academy of Sciences, the first session was dedicated to EHRI and the war in Ukraine and online contact was made with Taras Nazaruk, the Head of Digital History Projects at the center in Lviv. Speaking to us from a big screen, Taras told the audience about the difficult situation for himself and the center and how they still managed to continue their work. The center is also acting as a place where refugees from other parts of the country take shelter before they move on. In the meantime, the first steps in recording testimonies about the war for the archive of the future, have been taken. The center’s staff are committed to staying active and continuing their work for as long as possible. Taras himself, however, is aware that he could be drafted for the Ukrainian army at any moment.

After this moving session, it was not without some difficulty that the meeting continued with the rest of the program. 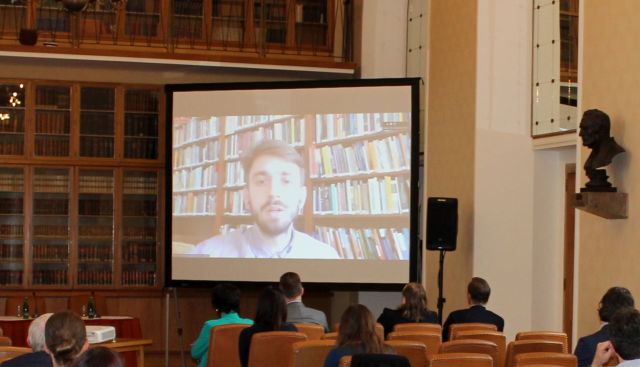 Nevertheless, as this general meeting was dedicated to the Preparatory Phase of EHRI establishing itself as a permanent European Holocaust Research organisation, it was also felt that  understanding and commemorating Europe’s past and setting up a European network now had more urgency than ever.

The statutes of a future EHRI-ERIC

The goal of EHRI-PP is to transform EHRI from a series of projects into a permanent research infrastructure with its own legal personality. Previously, the legal form of the European Research Infrastructure Consortium (ERIC) was identified as best suited to meet the needs of EHRI. Among the main tasks of EHRI-PP’s Work Package 2 'Governance and legal work' – which is led by the State Archives-CegeSoma – is the writing of the statutes for the future ERIC. During the General Partner Meeting in Prague, Work Package 2 was in the position to present a first complete draft of the statutes. This text will now be further discussed with the relevant stakeholders, in particular the Board of Governmental Representatives, on which Belgium is also represented.

EHRI will be a so-called 'distributed' research infrastructure. In addition to the central seat, being located in Amsterdam, the Netherlands, as this is the intended host country of EHRI-ERIC, National Nodes will be active in the various countries that are members or observers of the ERIC. 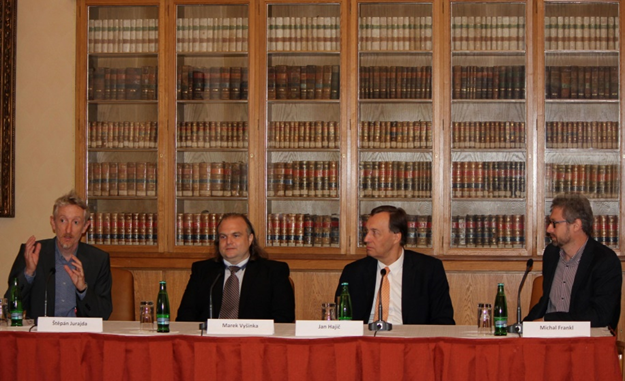 A National Node is a national network of Holocaust-related research, archival and museum institutions, with one acting as central coordinator. In the Czech Republic, this node is already well on its way and a panel of those involved – Prof. Štěpán Jurajda, CERGE-EI and deputy Minister for Science, Research and Innovation, Marek Višinka, Ministry of Education, Youth and Sports, Prof. Jan Hajič, LINDAT/CLARIAH-CZ, Charles University, and Dr. Michal Frankl, EHRI-CZ, Masaryk Institute and Archives – told those present what you can expect when you set up a node and the challenges and difficulties you may encounter.

Later in the afternoon, a separate meeting was organised to discuss the development of nodes in different countries and the progress that is being made. Michal Frankl, who is the coordinator of this process noted: “It feels like playing twelve games of chess, that each starts at a different time and is in a different phase”. However, as it appeared, developments are positive in many countries, and apart from the Czech Republic, the Netherlands, Belgium, Poland, the UK, Slovakia, Israel, Germany and especially Austria have also made excellent progress. In Belgium, Kazerne Dossin and the State Archives-CegeSoma have  organised a third workshop on June 16 with potential institutions interested in joining the Belgian National Node. 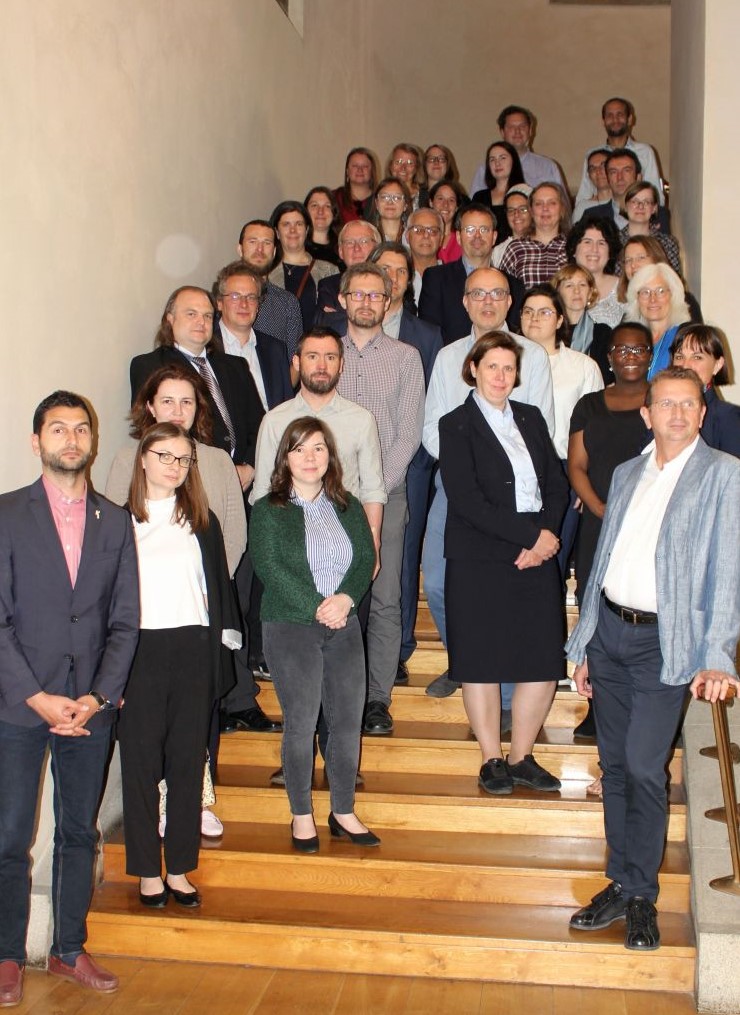 In addition to structures, there is also a need for specific offers and policies on research, users and, last but not least, technological development. Central questions are: what will be EHRI’s target group and its core business? What can it offer to its users that builds on what is already established, such the EHRI Portal, training and fellowships programme? How will EHRI communicate with and reach out to its wider community? The rest of the General Partner Meeting was devoted to presentations and discussions on this work in progress, which will result in a Business and Implementation Plan.

After the first day in Prague, another day was reserved for work package meetings that discussed the progress so far in more detail and sometimes in smaller groups.

All in all, the meetings  ended with a general feeling of optimism; the launch of a permanent EHRI in January 2025 is a realistic and already almost tangible event.
Most participants, after two years of living through numerous lockdowns, also enjoyed the social aspect of the meetings and the traditional consortium dinner.

(Extracts of this article were taken from the EHRI website) - photos by Vlasta Mádlová, Masaryk Institute and Archives of the Czech Academy of Sciences