When the activities of certain military units ceased after the German capitulation of May 1945, their members often felt the need to continue to reunite and keep the memories of their sacrifices alive. The acquisition and inventorization of archives of associations such as The Royal National Federation of Veterans of the Piron Brigade, are therefore particularly important to CegeSoma.

The Piron Brigade, an emblem of the resistance 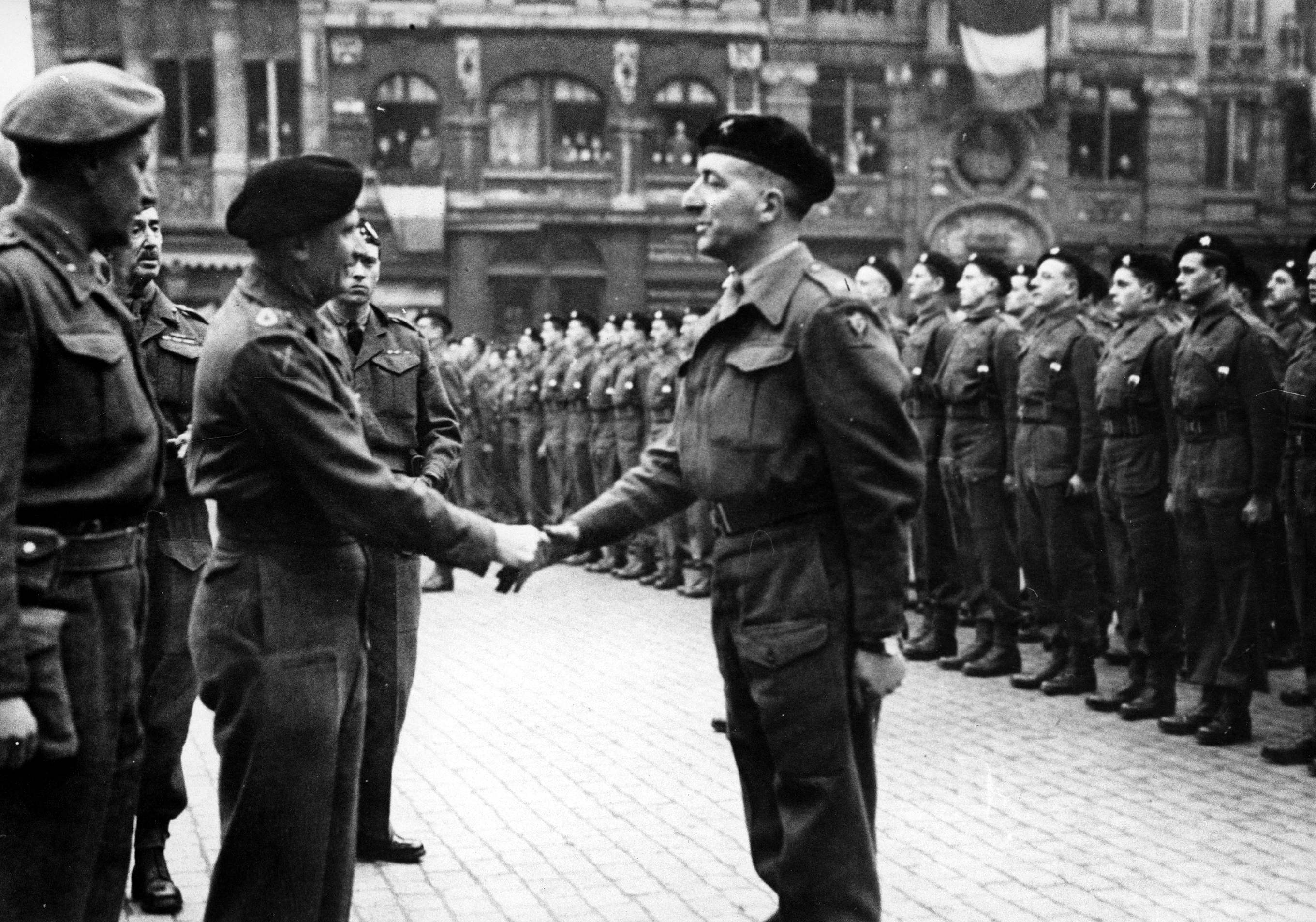 With the arrival of numerous young people eager to fight the occupier, the extended Belgian Forces in Great Britain are officially put at the disposal of the Allies in June 1942. The restructuring of the ground forces at the end of 1942 sees the creation of the First Belgian Group under the direction of Major Jean-Baptiste Piron, incorporated in the British army. From March 1943, the unit is supplemented by the Luxembourg volunteers.


The group, now a brigade, lands in Normandy between 30 July and 8 August 1944, and carries out its first mission on 9 August. The brigade Piron, as they are now called, fights in Normandy till the end of the month. On 2 September, it is ordered to reach Brussels as soon as possible and it enters the city as liberator on 4 September. It consequently liberates other Belgian cities and enters the Netherlands on 22 September. Relieved from the Dutch front lines on 17 November, it returns there in April 1945, and from May to December 1945 occupies a sector of the British area in Nordrhein-Westphalen. It is renamed the First Belgian Brigade 'Liberation' and is finally stationed at the barracks of Leopoldsburg. It provides the basis of the new Belgian army that throughout the Cold War will occupy a segment of the West-German territory between the Belgian frontier and the Iron Curtain. 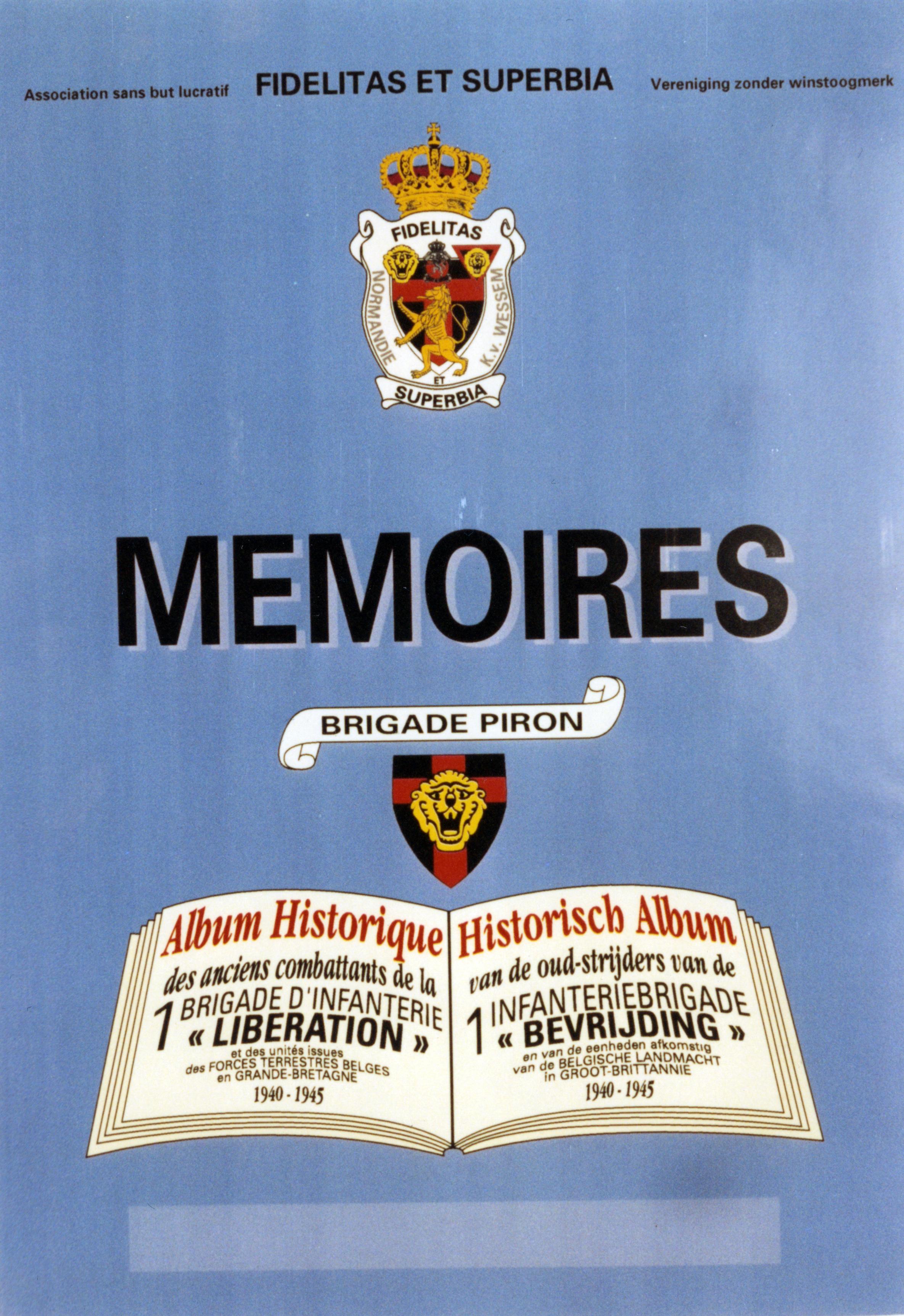 The Royal National Federation of Veterans of the Piron Brigade, a dynamic structure

The Royal National Federation of Veterans of the Piron Brigade is created in 1947. Its goal is to regroup all those who fought with the First Brigade to establish bonds of comradeship, to provide moral and material support and to preserve their prestige and interests. It wishes to maintain close relations with the other groups of  the Belgian Forces in Great Britain in order to coordinate their actions. The national federation has an administration on the national level and organizations on the provincial level. It is assisted by two associations in its endeavour to convey the memory of the Piron Brigade to a wide public. Finally, it is a member of coordinating organizations such as the Belgian Forces in Great Britain and the Front unique des anciens combattants which help to better defend its patriotic, moral and material interests with the authorities.

The archives, between commemoration and the present

The gift in 2006, and again in 2013, of the archives of the national administration of the Federation allows a fairly complete insight into the organization and activities of the former members of the Brigade since the creation of the Federation in 1947 until a quite recent date. The 2,2 running metres of documents show its involvement in the commemorations of the liberation of Normandy, the south of the Netherlands and Belgium. The numerous files relating to the liberation of Brussels in particular demonstrate its wish, and undoubtedly also of the Brussels authorities, to keep alive the memory of its share in the liberation of the capital.
Although the articles of association forbid any activities in the political sphere, the Federation does take a position on questions of amnesty and separatism, as well as show support for the royal family. This led to friction between the national Federation and some of its provincial organizations. Furthermore, of the coordinating and related organizations, we mostly received documents originating from the Belgian Forces in Great Britain. Finally, numerous publications of the National Federation and its provincial organizations have been transferred to the library of CegeSoma.

The memory of a legendary Belgian military unit finally accessible

Pallas : main catalogue of the library and the archives of CegeSoma
Search : the State Archives search engine