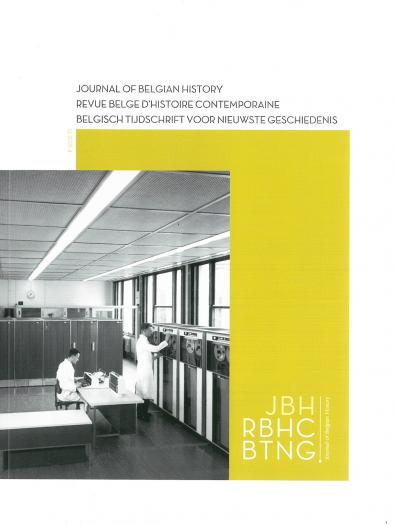 The fourth and last issue of the Journal of Belgian History (JBH) in 2021 contains four individual articles and some new literature reviews.

In the first article, Laurence van Ypersele (professor at Université catholique de Louvain), Camille Berny (assistant in Contemporary History and Methodology at the same university) and Gauthier Godart (member of the Centre d'Histoire du Droit et de la Justice (CHDJ)) uses 53 interviews as a source to look at the traumatic impact of WWII on children.

Pierre Lannoy (lecturer at the Faculté de Philosophie et sciences sociales at the Université Libre de Bruxelles) uncovers a 'forgotten history' by looking at the presence and deployment of Italian POW’s who were interned in occupied Belgium after the battle of Caporetto in October-November 1917.

The fourth and final article is by the young historian Samuel Dal Zilio (Université libre de Bruxelles), who publishes his first academic article based on his Master thesis. He looks at the influence that families of patients could exert on the trajectory of these patients in the so-called 'insane asylum' of Schaarbeek between 1853 and 1914.

Would you like to get a copy? Send an e-mail to cegesoma@arch.be or to hilde.keppens@arch.be