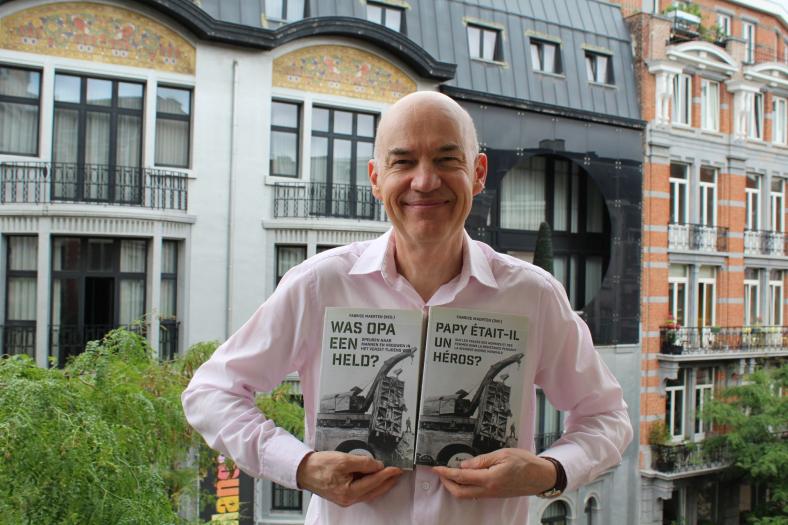 In late May, the book “Papy était-il un héros ? Sur les traces des hommes et des femmes dans la Résistance pendant la Seconde Guerre mondiale” (Was grandpa a hero? Tracing back the stories of men and women of the Resistance during the Second World War) was published This is a must-have guide to trace back the stories of resistance fighters during the Second World War. Various media presentations illustrate the richness of this guide.

For example, this book, which was coordinated by Fabrice Maerten, a member of the scientific staff of Cegesoma, and introduced by the director of the institution, Nico Wouters, is the subject of a one-hour online presentation  accessible until 31 august 2020 (in French).

Furthermore, an eight-minute podcast in French by Fabrice Maerten can be viewed online in the YouTube channel of the State Archives.

For our Dutch-speaking readers: The book was presented in an article by Timmie van Diepen in the Flemish newspaper Het Belang van Limburg.

The book can be bought at CegeSoma.

Other news
Everything you want to know about Belgian resistance fighters ? Discover Wikibase Resistants
Historiography in Belgium and the Netherlands
Results of the ADOCHS project
Call for papers
Marie Curie fellowship for Adina Babeṣ-Fruchter
ADOCHS study day: Register now!
The Resistance in Belgium: a debate
Belgium WWII, from governors to post-war justice
The CegeSoma photo library is back in the Square de l'Aviation
New reservation system for the reading room (as from 15 june)
A Belgian researcher in the archives of Pius XII, the wartime pope
Special issue of 'De Leiegouw' about resistance and collaboration