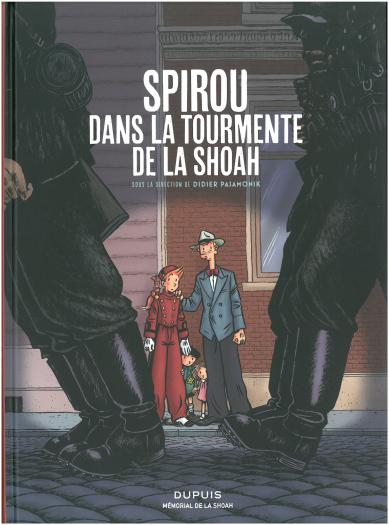 The exhibition bears on the four comic books by Émile Bravo titled “L’Espoir malgré tout”, published between 2018 and 2022. In these books, the author refers to the painter Felix Nussbaum and his wife Felka Platek who was an artist as well. As an exiled Jewish couple they took refuge in Brussels, where they hid in an attic located Rue Archimède until they were eventually denounced by a neighbour and arrested. They were deported with the last convoy that left the Dossin barracks on 31 July 1944. Both were murdered in Auschwitz.

An exhibition with different approaches 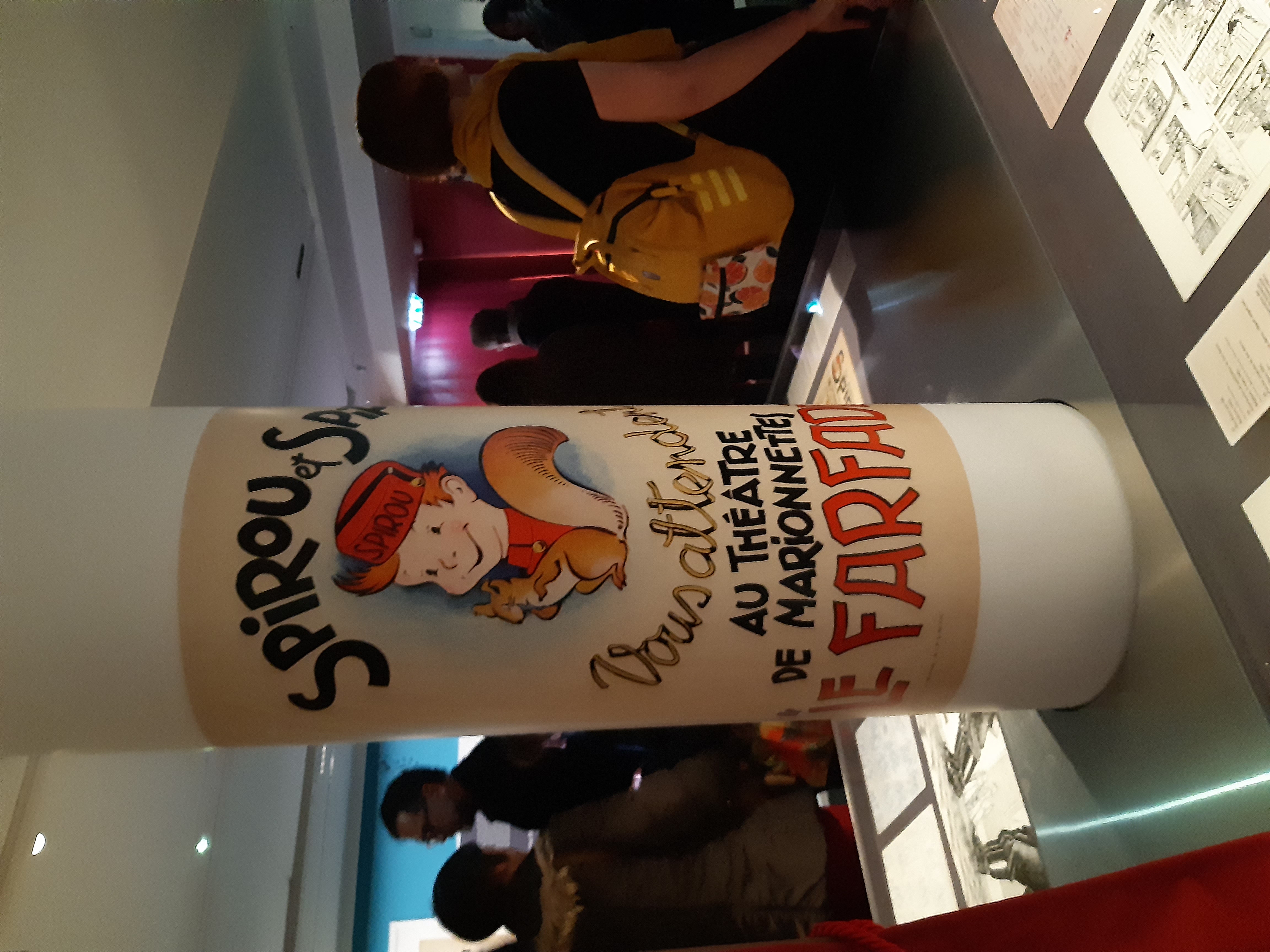 Through original plates, archive documents and works by Felix Nussbaum, the exhibition depicts Belgium under occupation, from the earliest hours of the invasion until the Liberation.  It also addresses the history of the Journal de Spirou. This weekly magazine was launched in 1938 and owned by editor Jean Dupuis who fled to England at the beginning of the conflict. During the war, his two sons and his son-in-law took charge of the enterprise. The magazine continued to be published until the occupant started to meddle with it a bit too intensively. Then came up the genius idea of letting the characters live on through a puppet theatre, the Théâtre du Farfadet, that toured the country as of December 1942 under the firm direction of André Moons. Le Journal de Spirou ceased to be published.

What is interesting about this exhibition is that it makes a difficult history accessible to a large public, including young people. Through the adventures of Spirou and his encounter with Felix Nussbaum and Felka Platek, readers are confronted with the reality of the occupation in Belgium: from collaboration to resistance, and from resignation to deportation, many aspects are presented both through the written rigorousness of documents and the artistic detachment of drawings. The exhibition also covers the more ambiguous personal path of Hergé and his character Tintin, a great rival of Spirou, and the state of the comic strip art in the post-war period.

The key role of Jean Doisy

The creation of the Théâtre du Farfadet is largely due to one Georges Evrard, alias Jean Doisy. He joined the editorial staff of Moustique in 1932 and was both an author and scriptwriter. He became the editor in chief of the Journal de Spirou while also getting involved in politics. Among other things, he participated in the establishment of the (Belgian) League Against Racism and Anti-Semitism together with his friend Émile Hambresin who died in deportation in 1943. During the war, both were active in the Front de l’Indépendance. Hambresin is furthermore one of the co-founders of the Comité de Défense des Juifs. Among their acquaintances was also Victor Martin who led a secret exploration mission to Auschwitz in early 1943. Jean Doisy also recruited Suzanne Moons who helped save some 600 Jewish children and was the brother of André Moons, presenter of the Théâtre du Farfadet. 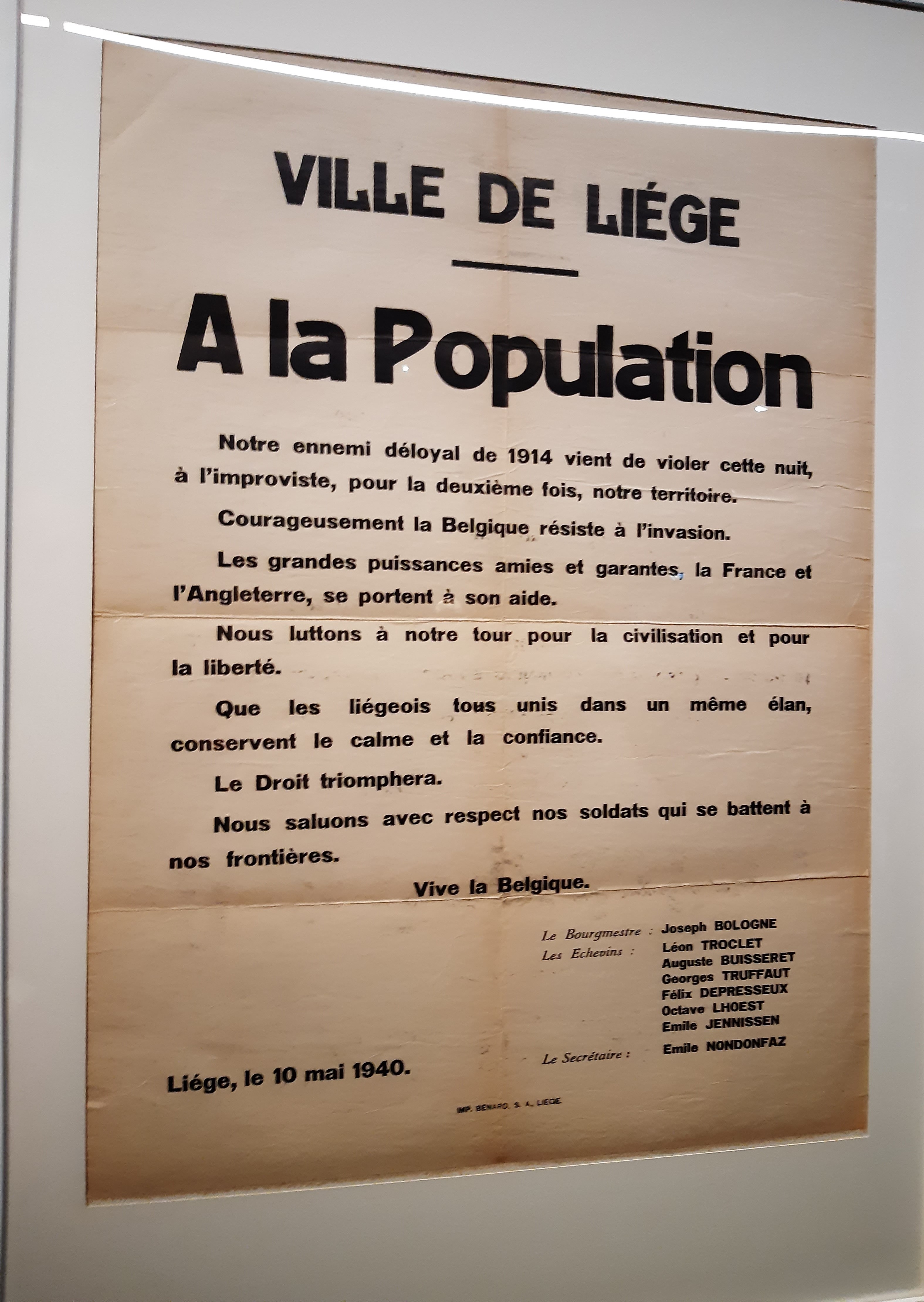 Having been solicited by exhibition commissioner Didier Pasamonik, CegeSoma contributed to the exhibition through document loans and the writing of a number of captions and of the catalogue. It is richly illustrated and contains texts by Pascal Ory, Bernard Krouck, Tal Bruttmann, Laurence Schram, Joël Kotek, Caroline François, Chantal Kesteloot, Romain Blandre, Didier Pasamonik, and Bertrand and Christelle Pissavy-Yvernault.

This free exhibition is open until August 2023 at the Mémorial de la Shoah in Paris.

Other news
A unique acquisition : the photographs of "Müller-Schönhausen"
13–14 December 2022: EHRI-PP General Partner Meeting at CegeSoma
Fourth and last edition of the RBHC 2022 published.
Best wishes !
Launch of new calls for candidates for the EHRI-Conny Kristel scholarships - 2023
THREE QUESTIONS TO ... Léo Baudelet,
Belgium WWII – new content
News from the Wikibase Resistance project
Study Day on the Resistance at the State Archives in Liège
Take part in a scientific survey :
New issue of the JBH (2022-3)
The Great(er) War of Military Occupations in Europe