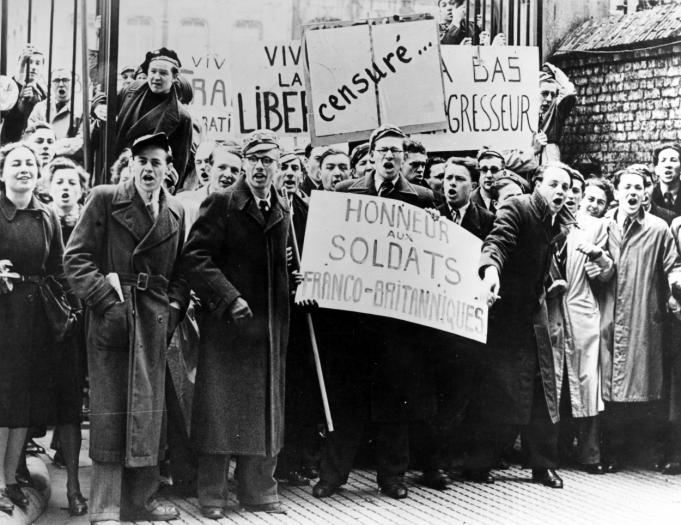 With the Belgium WWII website, CegeSoma aims to evoke both classic aspects of the history of the Second World War and to draw attention to lesser known dimensions or personalities of this history.

This is the case of Franz Leemans, a resistance fighter active in the Clarence network and who, at the Liberation, got totally involved in the defense of the cause of Leopold III after having also worked for Paul van Zeeland, then commissioner for repatriation. Through him, Baudouin Collet lifts a corner of the veil on the often little-known commitment of intelligence and action agents. This little-known story is also that of Otto Siegburg, a member of the Jewish section of the Sipo-SD in Brussels, tried by the Belgian courts in December 1949.  His complex trial is evoked by the historian Marie-Anne Weisers, who devoted her doctoral thesis to the attitude of Belgian justice towards German nationals involved in the persecution of Jews. In the register of better known personalities, the site has also been enriched by two new entries devoted to personalities from the entourage of Leopold III: Robert Capelle and Jacques Pirenne. Both successively held the position of king’s secretary. These two entries complete the picture. In this field, the site now offers entries about Leopold III himself, the Regency and Raoul Van Overstraeten, the king's military advisor.

The reality of war also plunged whole social groups into particular situations. This was the case for the Italian community, numbering some 30,000 on the eve of the conflict and composed in part of anti-fascist refugees. What was their fate under the occupation? What participation in the resistance and what impact did they have in the aftermath of the conflict? A contribution written by our Italian intern and history student Giuffredi Francesca and historian Fabrice Maerten.

Liège, the Cité ardente, under the occupation

Beyond personalities and organizations, it is also possible to immerse oneself in the history of the occupation through a given geographic setting. This is the exercise undertaken by historian Alain Colignon. Through a dense article, he revisits the question of the accommodation of the traditional elites, the Rexist overbidding in the collaboration, but also the multiple forms of resistance that developed and the repression of the occupier that followed, without forgetting the very heavy price that the city had to pay at the time of the liberation.

A return to the chronology

The site also allows you to look back at key moments. Just over 80 years ago, the Free University of Brussels (ULB) closed. Historians Chantal Kesteloot and Dirk Martin recall this anniversary. At the origin of this decision, the will of the occupier to impose the nomination of three professors labeled "New Order" which the Brussels institution did not want. This incident was the last straw that led to the rupture. Until then, the University had been rather accommodating to the demands of the occupation power. This closure was to have serious consequences for the students. Some stopped their studies, a majority found refuge in other universities, Liège or Louvain, according to geographical and/or philosophical criteria, while others chose to participate in the clandestine courses that were gradually organized. As in other institutions, the Liberation led to a resumption of activities but also to the difficult question of internal purging.

As in Belgium, the repression of collaboration in the Netherlands led to a massive production of archival documents. There, as here, these documents are of particular interest to the descendants of the people concerned. In 2025, these archives will be in the public domain. The question of their digitization and its implications is therefore raised. Historian Dirk Luyten looks back at this example and analyzes its ethical and societal dimensions; in other words, how can we reconcile the respect of private life with the right of societies to apprehend their past? In short, a sensitive and stimulating debate both in the Netherlands and in Belgium.

Other news
Good news: the Library's collections are back !
Best wishes for 2022!
The Netherlands commits to EHRI-ERIC
Call for papers (Webinar : 10th May 2022)
Launch of the call for candidates for the EHRI-Conny Kristel scholarships - 2022
The legacy of the British PoW camp on the Vloethemveld site
Everything you want to know about Belgian resistance fighters ? Discover Wikibase Resistance
Historiography in Belgium and the Netherlands
The Resistance in Belgium: a debate
The censored and underground press of the two world wars now accessible via the Abraham online catalog